I was living in Detroit, no job, nothing lined up, and kinda just like totally so over “it” ya know? The last thing I was going to do was sit on my tooshie in our overly-heated house… SO I came up with my next big idea- Detroit Toile. I would pick someone, someone cool obviously, interview them, tell their story, and then have them refer me to someone they knew with a cool story or skill. The web would build itself. Going to Europe meant building an even bigger “web” so I named my project ToilEU. Then one day in Starbucks I saw a video by Adam Westbrok called, “Painting in the Dark.” It talked about Van Gogh’s creative career (lack-there-of). In it was mentioned a book by the name of, “Flow” by Mihaly Csikszentmihalyi where he uses the word, “autotelic.” This word is derived from two Latin words, auto (self) and telic (goal). Inspired by the story and word itself, I changed the name to Autotelic EU! Because, after all, this has always been my goal as a storyteller.

I’m really good at saying I’ll do shit and then actually not doing that thing. I’m also notorious for dropping everything and starting anew somewhere else, so honestly I’m super confusing and in need of a therapist. In the mean time, I wanted to bring this idea to life, for real, so I bought a ticket to Dublin knowing I’d have until the end of June to find my way back to America (can’t miss Electric Forest) and figured out the rest before the wheels left the runway-sorta. 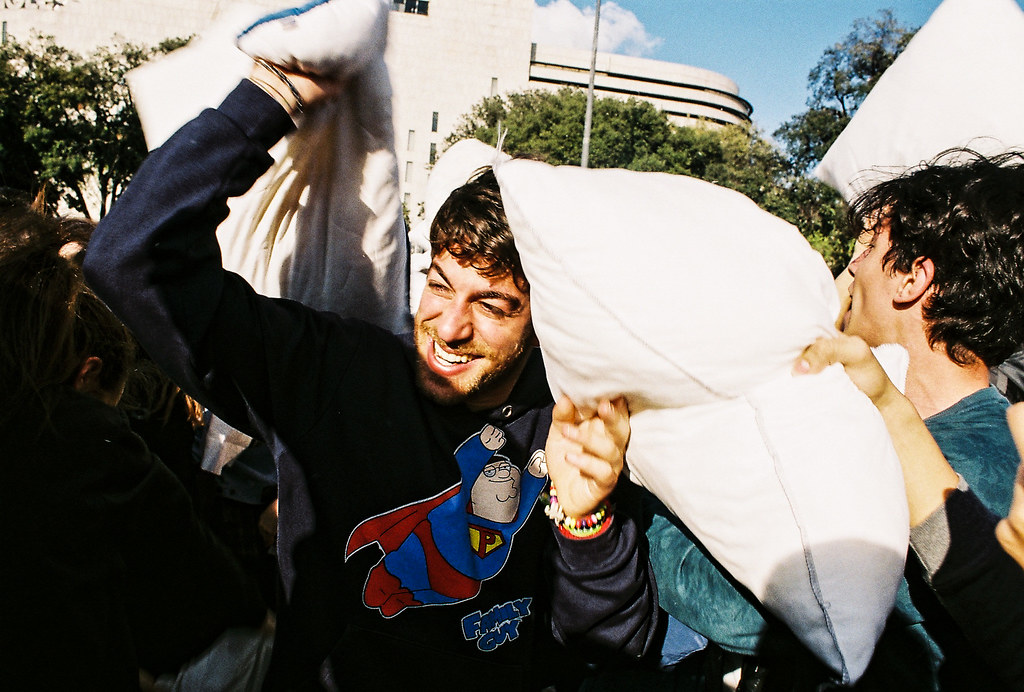 With the same last name as the first name of a man I met in France, Adam blows me away with his passion for politics, the environment, and storytelling with his camera. His knowledge is vast and interesting with enough information to last any encounter. Check out his stuff, he’ll do big things in Europe and beyond…oh wait England isn’t in the EU anymore #Awkward #HeAlsoDoesParkour

Two soup-loving Latvians who have an incredible story of travel after birth. Elizabete and Daniels (yes with an s) have acquired the English accent and are excelling in Southampton, England. With another baby on the way, their mother is a beaming light of quirk and creative. Ready to start a family with her English love, I’m so excited to see where they go next. This family is something special.

Dude has legit tap water, a passion for filmmaking, and dope friends (with sick outfits). With no real idea what he’ll do after Uni, the world truly is his preferred seafood. I liked him so much I agreed to road trip with him around the US for a month.

…is a guy I wish I had more time to get to know. His Brazilian roots intrigue me but even more so his connection to music (even though he’s going to school for Engineering). I know he’s a great guy because I didn’t mind sleeping on his concrete dorm floor two nights in Wales.

…is a dope chick I met in Brussels. We got to know each other over some lunch and met up a few days later to run the interview. Violaine and I have a special connection as she was there when I was mugged in the park and also there for the aftermath of it all. I have no photos of her since emotions held me from clicking my camera.

A man who will go wherever he needs to in order to feel comfortable and free. Making Amsterdam his new home, he’s involved in big business, LGBTQ communities, and personal writing. I loved his willingness to try things out and especially the comfort he had in his beliefs. He was the first person I would interview in a public space, which would inspire me to do more of that months later.

…is an artist-but like a real one. He gets the system and doesn’t complain about it-he plays it. I only knew him for two days but it was enough to be inspired by his thoughts, opinions, friends, and especially art. I’m excited to see where his next project, Lusty Ice, goes in Europe and am pretty happy I was able to be a small part of it. I’ll never learn German, but Berlin is lookin’ good right about now.

What a story, and still so much to unfold. Originally from Bulgaria, Rosen, has had a tough journey of survival but one that makes for a truly inspiring man and artist. One day I know I’ll be hearing him on BBC Radio 1. Until then, I’m glad to see there are still people that complain little and work a lot. Good man. Check out his mixes.

The man under the trains-a day in Rome I will never forget…and will forever question its reality. A man too close to my own heart-storyteller, questioner of the current system, he baffled me with his unique outlook on the world around him. A truly special artist and father, I can’t wait to see what’s in store for him and his silly friends. Ciao Conte.

A man with a very different view on what it means to be an artist. Recording his songs on his iPhone only to send them to his friends (who inspired the song to begin with), you’d be surprised how rogue he is in the Brussels music scene. Having a job as a teacher takes up many of his afternoons, but there’s always time for the youkulele and homemade cookies. Just recently accepted for an artist residency, I’m excited to see where his creativity takes him now that it’ll be full time!

Wish I had the right materials to date this banana

Shoulda brought my board man 🤖 #CliffsOfMoher #

Sparky. Known for rolling over right after he meet

It's not what you think #Dublin #Ireland #igersDub

Last train I'll take on my trip and it's a winner